Most people come in contact with lots of cosmetic products in the daily routine. This could be shampoo, conditioner, creams, hair styling products or makeup.
Many of these products may contain small amounts of endocrine disruptors, allergens and environmental contaminants. They are harmless individually, but together they can create a cocktail effect, which can cause a number of unwanted effects for both people and the environment. If you want to avoid the risky chemistry, there are various labeling schemes that you can go for. But it can be hard to figure out what they individually mean. And there may be brands that do not make use of labeling schemes but still live up to a number of high standards in terms of avoiding unwanted chemistry.

Precisely this has created the idea base for Healthy Head – to create a webshop that helps to make it easy to decide on the cosmetics that are used in everyday life. Thus, at Healthy Head you will only find cosmetic products that meet the following minimum requirements:

This makes it easy to shop cosmetics for you, as an environmentally and health conscious consumer. Furthermore, we only sell products that do not compromise on quality.

How did it all start?

We are two friends, Mike and Emil, who have started the webshop together. And how come two guys end up with the idea of selling cosmetics?

It all started with knowledge of the “Kemiluppen” app from the Danish Conumer’s Councel, “Tænk”, which makes it possible to scan cosmetic products to see if they contain unwanted chemistry. By scanning a hair wax that I had used for more than 15 years, I could see that it contained both endocrine disrupting, allergenic and environmentally harmful substances, which I felt insecure about. To find an alternative, I tried different Nordic Ecolabelled wax products from the local supermarket. Although the products were cheaper than the wax I was used to using, I do not think they gave the same hold. I searched for other alternatives on the net and found another wax that could give at least as good a hold as the wax I was used to using, but without all the risky chemistry. In addition, the Kemiluppen app made me generally more aware of the cosmetic products that I use on a daily basis, being wax, shampoo or deodorant. Although the app is smart, I thought it was a shame that there were no stores or webshops that focused on cosmetic products without risky chemistry. The interest in me came insidiously when one day – with quite a lot of skepticism – I tried a wax product that Mike presented to me. It turned out that the structure and hold of the product was at least as good as the conventional wax product I had previously used. Once I had tried this wax, I wanted to buy a few buckets myself. The product is not very well known, so I googled it and found a few web pages that sold it. Here it struck me that several of the webshops that sold the product were uninspiring, and showcased it in a way that did not capture my interest. Had I not tried the product before, I would most likely never have bought it. With that discovery came the first thought of making a webshop where cosmetics are showcased with more passion and interest.
I have always been slightly vain and used quite a few cosmetic products without thinking about what substances my cosmetics may contain. Before I opened my eyes to the contents of the cosmetic products I use, I often struggled with dandruff, general dryness and irritation in and around the scalp. I have not had these issues since the day I changed my hair product. When I discovered that the content had such a huge impact on my genes, my interest and enthusiasm for cosmetics without risky chemistry increased. The idea of a new webshop

Over a cup of coffee, we brainstormed ideas and initiatives to start the project. We wanted to create a webshop where the passion for the environment and health is visible throughout, and where potentially harmful products are not part of the range at all. In other words, a webshop that makes it easy to take a stand when shopping for cosmetics. Hereby the idea for Healthy Head was born. 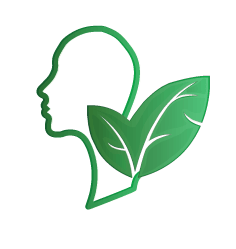 When you buy products from HealthyHead, you reduce the risk of allergy, whether you buy products with or without an official allergy label. They are all tested at the Consumer Council Think and contain no allergenic substances.

There are selected products that contain perfume. The products, where this is the case, clearly show, among other things. of the product name. You can also use the perfume filter that appears on all product pages. Here you can choose for yourself whether you want to see products with or without perfume. 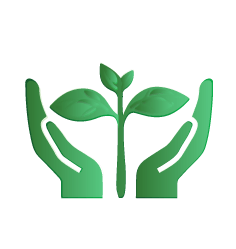 If you use cosmetic products with endocrine disruptors, you risk that they together form a cocktail effect that can be harmful to your health. When you shop at HealthyHead you avoid this concern as all our products have been tested at the Consumer Council Think and are 100% free of endocrine disruptors.

With HealthyHead products, you avoid unnecessarily damaging the environment, as they have all been tested by the Consumer Council Think and do not contain ingredients that are problematic for the environment. This will protect the environment, whether you buy goods with or without an official eco-label.